By definition, public transport is “a system of vehicles such as buses and trains that operate at regular times on fixed routes and are used by the public”. The four basic aims of public transport operation include:
•provide access to employment, education, retail, health, recreational facilities, etc.
•ensuring the possibility to travel for all inhabitants who cannot or do not want to use private cars;
•providing travels compared to which the use of private car is ineffective for economic, time-based or ecological reasons;
•being the actual alternative to private car.

Public transport services can be rendered, inter alia, by the following:
•road vehicles: : bus, trolleybus, paratransit service, vanpool services;
•rail vehicles: heavy rail, commuter rail, tram, underground;
•vehicles using “other fixed guideways”: cable car, monorail, automated guideway transit;
•water-borne vehicles: passenger-only and vehicle ferries, water taxis.
All of these vehicles differ from each other in operational characteristics (table 1). Thereby, the majority of public transport systems use more than one type of vehicles, which helps to achieve synergy effect. The characteristics of public transport vehicles is also determined by the distance of travel they need to cover. Because of the distance or operational area, public transport can be divided into local (urban), regional, national and international transport.

At present, 75% of the EU inhabitants are people living in cities. All cities which rank top from the perspective of the inhabitants’ quality of life treat public and non-motorised transport as a matter of priority and try to reduce the share of private vehicles in daily travels of their inhabitants. 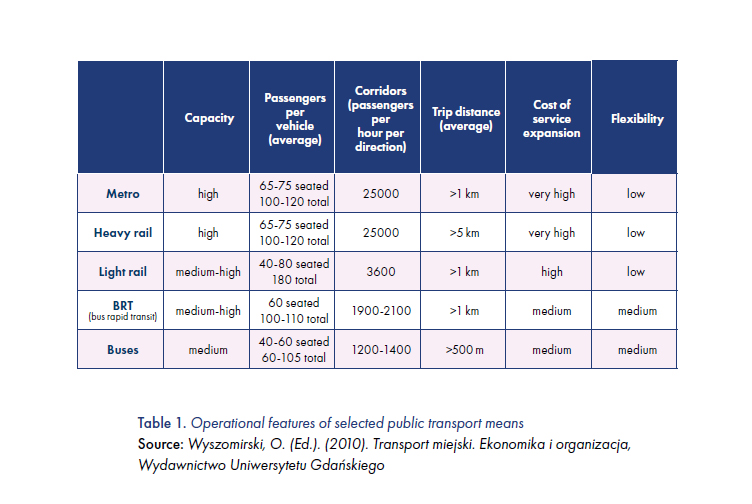 The countries which participate in the INTERCONNECT project and stand out against the European average relative to the percentage of inhabitants living in cities include Denmark and Sweden. In these countries, such inhabitants constitute 88% and 86% of the total population respectively.

Every year, in the European Union nearly 60 billion travels are performed by means of public transport. It means that the average inhabitant of the EU performs ca. 150 travels by public transport annually. At the same time, only 19% of all Europeans claim they use public transport on a regular basis·. According to research conducted in countries analysed in this report we can observe various trends in the volume of reported demand per capita for public transport services.
In Poland and Denmark the demand has been decreasing, whereas in Germany, Sweden, Lithuania and Estonia it has been increasing. 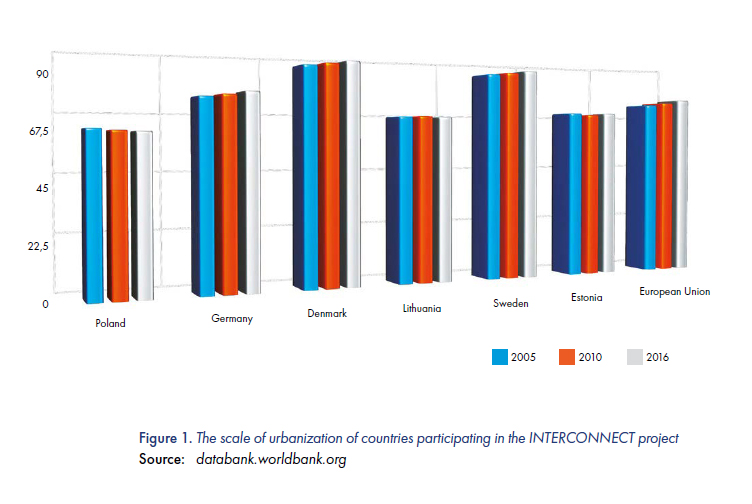 The mode of public transport most frequently used in Europe includes buses and trolleybuses. They are used by the EU inhabitants in ca.56% of all travels by public transport.
One of the key factors affecting the volume of reported demand for public transport services is their quality. The quality of public transport systems can be perceived by users from various perspectives, including:
•Availability (when and where transit service is available), and coverage (the portion of geographic area, or the portion of common destinations in a community, located within reasonable distance of transit service.
•Frequency (how many trips are made each hour or day).
•Travel speed (absolute and relative to automobile travel).
•Reliability (how frequently service follows published schedules).
•Integration (ease of transferring within the transit system and with other travel modes).
•Price structure and payment options.
•User comfort and security, including riding on, walking to, and waiting for transit.
•Accessibility (ease of ching transit stations and stops, particularly by walking).
•Universal design (ability to accommodate diverse users including people with disabilities, baggage, inability to understand local languages, etc.).
•Affordability (user costs relative to their income and other travel options).
•Information (ease of obtaining information about transit services).
•Aesthetics (appearance of transit vehicles, stations, waiting areas and documents).
•Amenity (extra features and services that enhance user comfort and enjoyment).
To make public transport services more attractive and thereby reduce the car use, regions as well as public transport companies could ensure high quality of service of public transport system, amongst
others, by implementing the following measuresº:
•Widening and simplifying the public transport network;
•Modernising infrastructure (especially at intermodal interchanges) and making the entire voyage by public transport more comfortable;
•Reduction in travel time (e.g. bus lanes);
•Enhancing the accessibility for all persons, especially for people with special needs;
•Improving safety and security at stations, stops and at vehicles for passengers and
drivers, as well as for infrastructural equipment;
•Collect more precise and detailed information of the actual transport needs among
the citizens and provide efforts to serve the actual concrete transport needs.
Despite activities implemented in the EU, (activities such as: providing funding through especially through the European Structural and Investment funds, creating conditions for cooperation between
key stakeholders for exchange of learnings and support, promoting the exchange of best practice for example through the ELTIS portal, conducting studies on specific topics) aiming at improving the quality of public transport services, some transport issues still persist.
The reasons for significant part of transport issues, particularly incities, include»:
•Unrestricted individual behaviour collides with socially optimal behaviour.
•There is a divergence between the immediate gratification of travellers and the larger longrange solution to transportation issues.
•Transportation has major social, environmental, and other positive and negative side effects.However, many of these external costs are not reflected in the charges paid by users for transportation service.
•The structure and distribution of transportation costs between users and nonusers (private sector, government, and society in general) vary greatly among modes.
•Inadequate understanding of these complex problems in transportation, compounded by the strong pressures exerted by special-interest groups, are serious obstacles to solutions that would serve the public good. 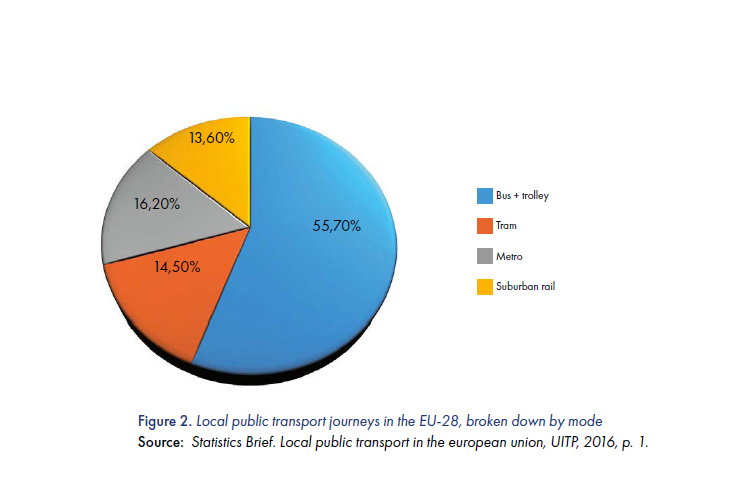