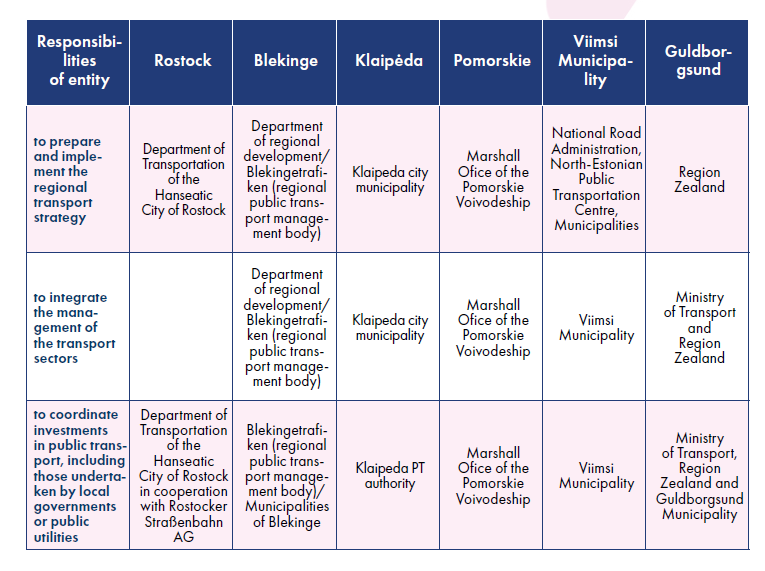 DIFFERENCES AND SIMILARITIES OF PUBLIC TRANSPORT ORGANIZATION AND MANAGEMENT SYSTEMS

To make planning, management and organization of public transport effective it is necessary to assign particular tasks to entities responsible for them. In the analysed regions the responsibility for public transport operation is divided between local governments, public transport authorities and specialized departments in city halls and municipal offices. 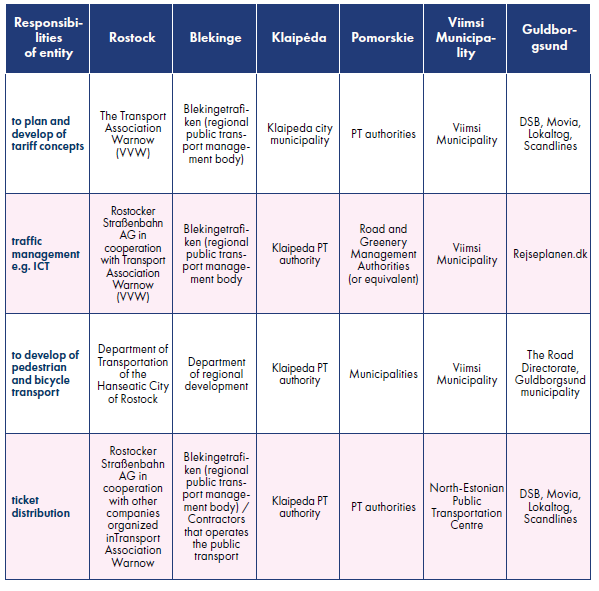 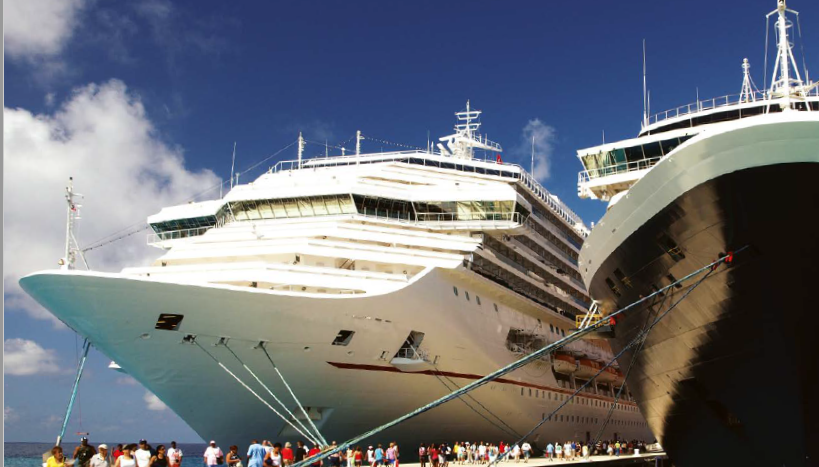 ROSTOCK
In Rostock there is no fare-free urban transport. Discounts on ticket prices are available for children and teenagers up to 15 years of age and groups travelling together in the number of max. 5 people (travelling under group ticket).
In Rostock there is also Mobli60 ticket. It provides seniors (people aged over 60) with a possibility to use public transport services at preferential terms. Discounts are also available for students and employees of companies using JobTicket.

BLEKINGE
In Sweden fare-free urban transport was introduced e.g. in the cities of Avesta, Hallstahammar, Jokkmokk, Kiruna, Kölsillre, Ockelbo and Övertorneå; however, it was not introduced within the region of Blekinge. In the offer there are special tickets (in the form of cards) for schools, companies and tourists. Children up to 6 travels free with an adult in Blekinge. Children and young people from 7 to 19 years old travels on discount. From 2018 all students and seniors (65+ years old) gets 25% discount. People traveling with a child have to buy tickets but transport of a bicycle or a dog by train is free of charge.

KLAIPEDA
In Klaipeda fare-free public transport has neither been introduced nor are any works performed to introduce such services. Under national law there are two types of discounts for tickets, 50% or 80%. for several social groups. In 2018 as a pilot action – free public transport during Sea festival (27-29 July), to reduce usage of private car. Operational costs was covered by city budget.

VIIMSI MUNICIPALITY
In 2013, in Tallinn referendum was held on fare-free public transport services. As many as 75% of inhabitants voted in favour so Tallinn became the first European capital to provide fare-free urban transport services. The inhabitants of Tallinn, who have “green card”, are exempt from transport fees. From July 2018, 11 of Estonia’s 15 counties introduced free public transport on county buses. At the moment Harju County including Viimsi Municipality have chosen to implement free bus transport only for students and pensioners over age 63.

GULDBORGSUND
Today in Guldborgsund Municipality there is no fare-free urban transport. Discounts are available for seniors and the young. However, a new test route in a rural area has been established in close dialogue with local citizens in order to meet specific local needs. As part of the test the route is free
of charge. The use of CHECK IN, CHECK OUT system in buses and trains makes it possible to calculate the cost of travel very precisely. Thanks to such solution a passenger using e-ticket (compared to passenger with a single journey ticket) incurs costs lower by ca. 40% in case of short trips and 75% in case of longer trips.