Over 130 guests from Guldborgsund and Rostock followed the invitation of the Danish-German Interreg-Interconnect-project team into Rostock´s Baroque hall for the celebration of 5th anniversary of twin-city co operation. Festive speeches of both mayors opened the solemnity. Roland Methling (Rostock) and John Braedder (Guldborgsund) emphasized the potentials, which lay for Rostock and Guldborgsund in deeper cross border functional integration; be it in the field of economics, vocational training, sport, culture etc. For all are attractive transport connections via Baltic Sea essential precondition. Rostock is for the residents and guests of Guldborgsund very attractive; is for the Guldborgsunds citizens and guest an alternative for a trip to Copenhagen. Rostock Mayor Roland Methling emphasized that meanwhile the ferry trip to Guldborgsund is a positive experience, a small cruise. Consequently, it is absolutely right to refer to the now attractive multimodal travel offers for car users; but also pedestrians. The Interconnect project continues the joint action plan. In the summer season 2019 the project Interconnect grants the travel to numerous events, which should bring the Rostock residents and their guests closer to the sights of the neighbour Danish municipality. Return visits to Rostock will follow.

Both mayors emphasized that 5 years ago the twinning have been sealed on an old Scandlines ferry. Now we have new, modern ferries, a real time information system; even harmonized schedules between the ferry company Scandlines and the public transport companies Movia and Verkehrsverbund Warnow.

The guests of the festive event were made discreetly aware of the improved pedestrian connections over the Baltic Sea and the impact of the Interconnect-project-partnership. 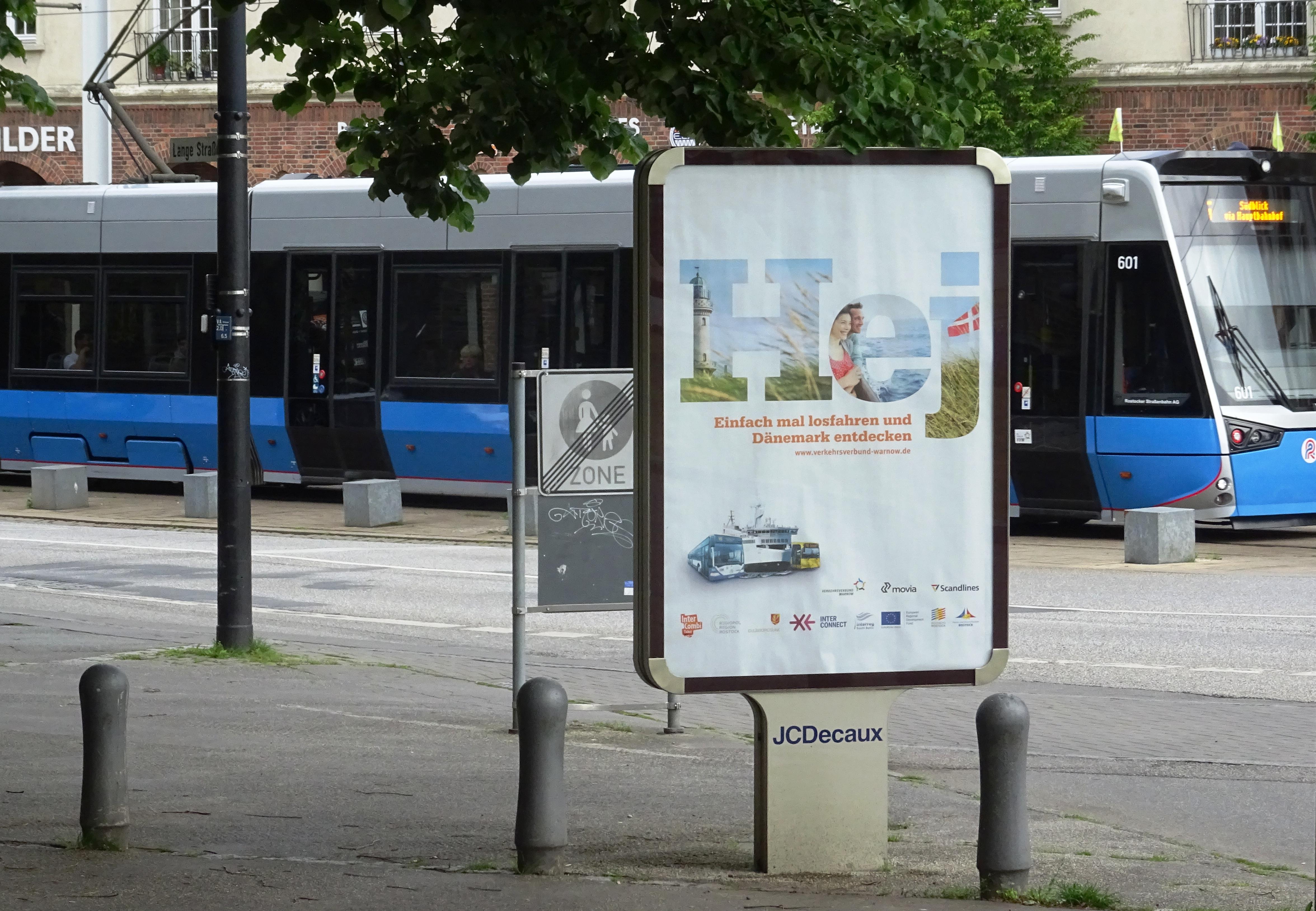 In Rostock run now on about 175 advertising media walls with major posters the awareness campaign pro attractive ferry crossing to Guldborgsund and Denmark.