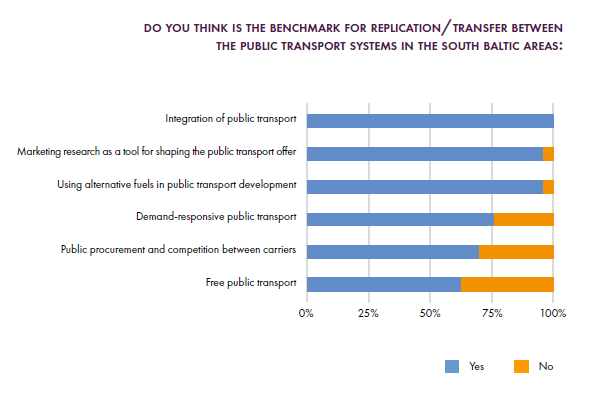 Transport on demand was considered worth replicating between the regions by 75% of respondents.