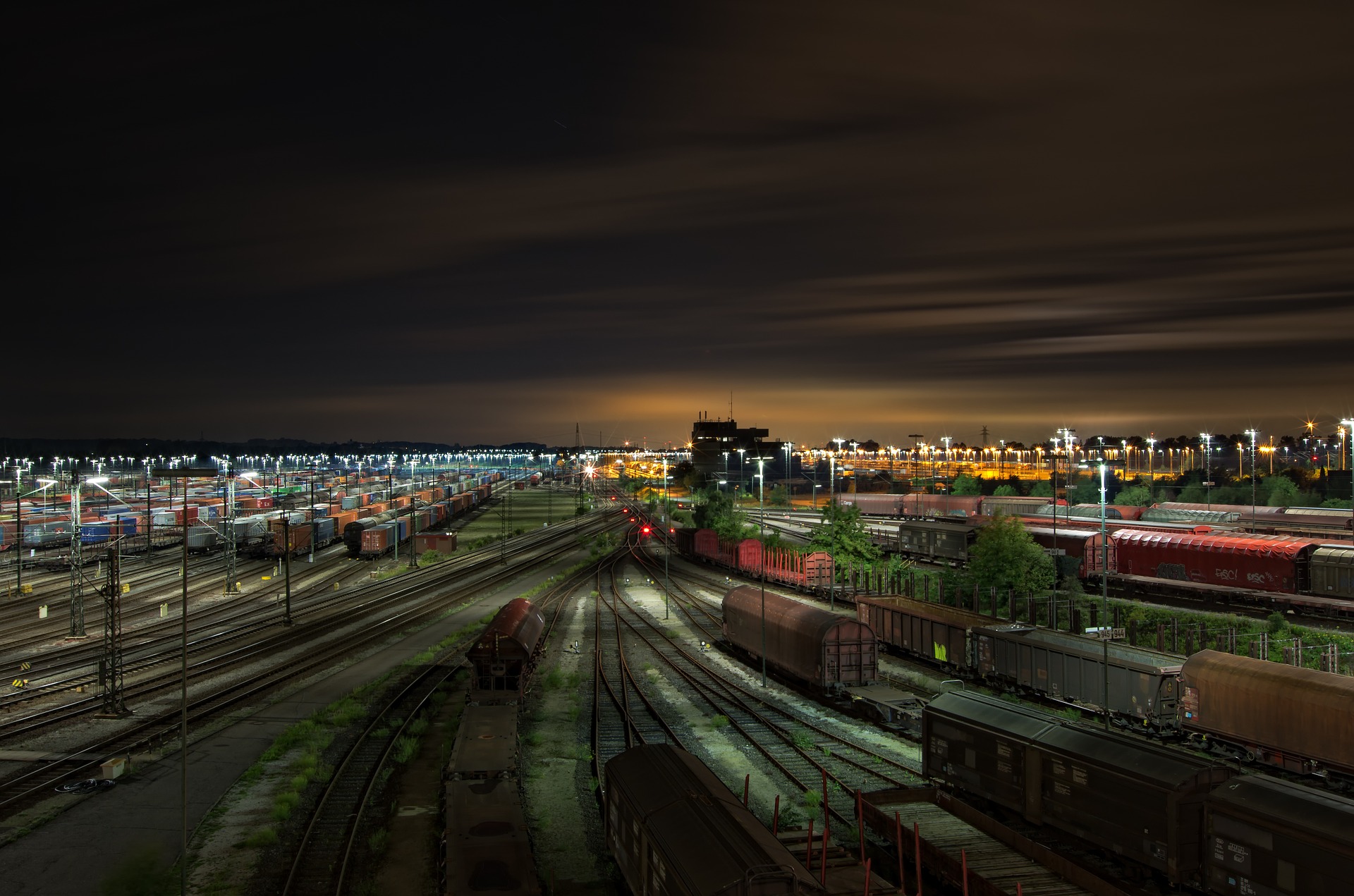 The EU Strategy for the Baltic Sea Region (EUSBSR)

The Baltic Sea is an inland sea connected to the Atlantic Ocean via the North Sea spanning over 377,500 km² forming “the world’s largest brackish-water body” (Björck 1995: 20) between Denmark in the South-West and Finland in the North East surrounded also by the other bordering countries of Sweden, Russia, Estonia, Latvia, Lithuania, Poland and Germany (EC 2009: 2). The BSR is named a macro-region by the EC since 8 of these 9 states are EU members (all but Russia) that share common challenges and opportunities. The EC has thus decided to implement a single strategic approach represented by a strategy specifically for the Baltic Sea Region (BSR) – the EUSBSR. As the EC stated, EU membership provides several new opportunities that have “not yet been taken and the challenges facing the region have not yet been adequately addressed” (EC 2009: 2).
In fact, the BSR is characterised by cultural, environmental and economic heterogeneity while the countries are shaped by interdependence and shared common resources. Because of that, the BSR is seen as being predestined to serve as a test-bed for “regional co-operation where new ideas and approaches can be tested and developed over time as best practice examples” (EC 2009: 2).

The European Parliament has therefore suggested a BSR strategy in 2006. Thereupon the European Council invited the European Commission to present a European Union strategy for the BSR by 2009 with three basic parameter while taking regional specificities into account (EC 2009: 2):
- The Integrated Maritime Policy should not be affected – the EUSBSR is rather a first step in implementing Integrated Maritime Policy
- Urgent environmental challenges need to be addressed
- The basis for external aspects of co-operation should be provided
In October 2009 the EUSBSR was published and it represented the first EU macro-regional strategy (EC 2017: 7). The key challenges addressed by the EUSBSR (EC 2009: 3) were:
- To enable a sustainable environment
- To enhance the region’s prosperity
- To increase accessibility and attractiveness
- To ensure safety and security in the region.

The EC has thus designed a specific action plan, discussed with member states and stakeholders, “to encourage the implementation of visible projects” (EC 2009: 4) that contribute to achieve different objectives.
To implement the EUSBSR, the EC has defined certain principles, such as: not creating additional institutions, implementing concrete and visible actions for specific priority areas as well as involving the EC beyond monitoring (EC 2009: 10).
The challenges related to accessibility are strongly related to transport issues. In fact, the Baltic Sea with its surface water area provided sufficient room for sea trade and communication since it became an inhabited region, except during the cold-war period 1994-1990 when political borders often formed impassable obstacles. Since then huge investments have been made but disparities between differently developed countries and region remain an issue. While minimising environmental impacts, land and sea routes have thus to be further developed. Another key to better accessibility lies behind targeting remote areas: Particularly the Northern Scandinavian as well as the Baltic countries often lack sufficient accessibility rates and connectivity to other EU parts which in turn can result in timely and financially less efficient transport. The EC emphasises that sustainable modes of transport should be used to make improvements e.g. internal and external transport links (EC 2009: 8).
With regard to maritime traffic, particularly safety and security are pointed out in the EUSBSR.
Maritime accidents, pollution and also cross-border crime are to be minimised (EC 2009: 9). 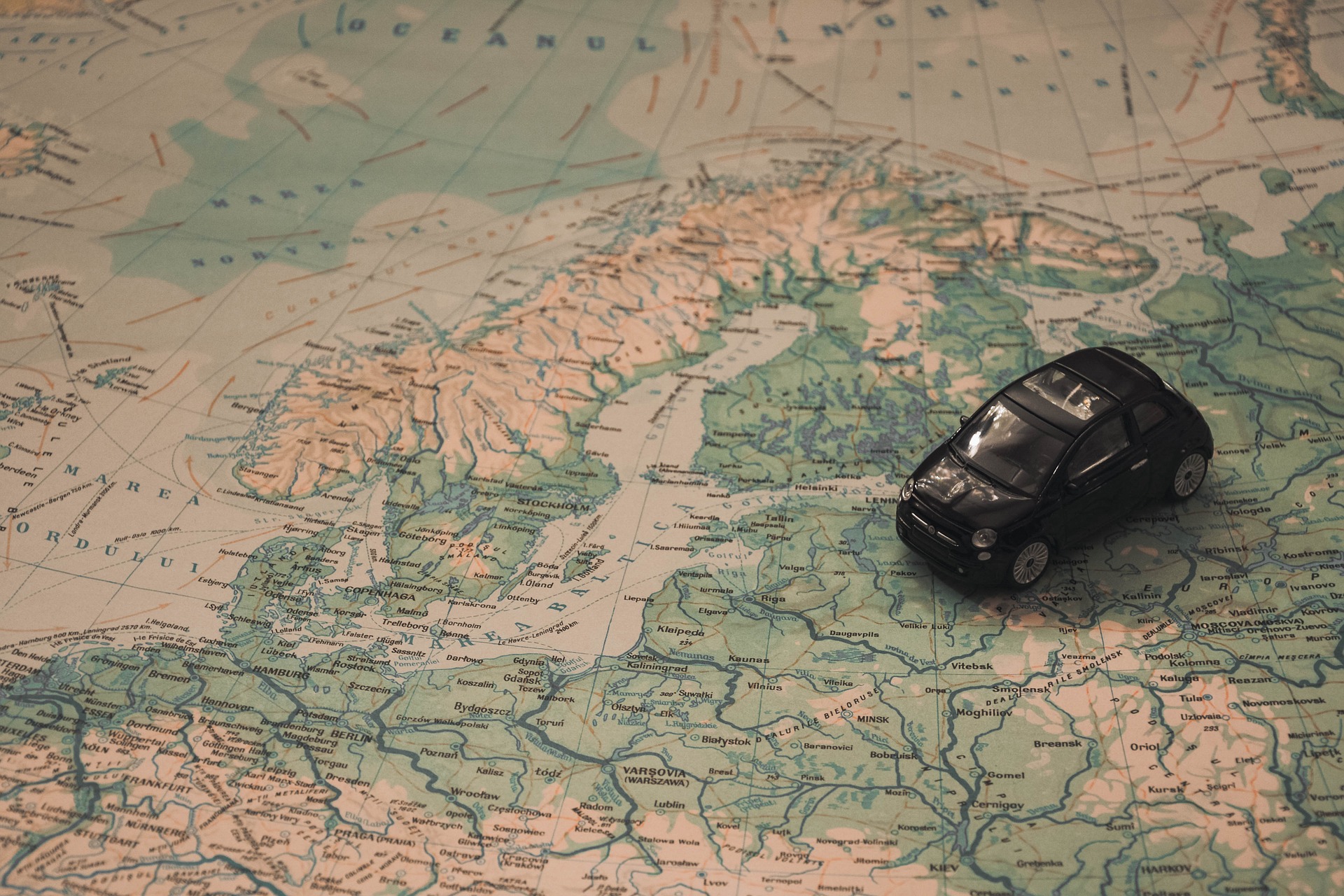 The Policy Area Transport
The PA Transport aims at “Facilitating a sustainable and efficient transport system in the Baltic Sea Region” (EC 2017: 148) and it is coordinated by the member states Lithuania and Sweden. To ensure the competitiveness of the BSR, good transport connections are seen as a pre-condition. Challenges first of all arise from the BSR’s geography: The large water basin in its centre, long distances, unequal population densities and settlement patterns as well as harsh winter climates can all represent a burden for creating efficient transport and high accessibility levels (EC 2017: 148). Besides Germany, the BSR is characterised by relatively small market regions (EC 2017: 106) and is also because of that “strongly dependent on foreign trade and international exchange of knowledge and services” (EC 2017: 148).
Particularly infrastructural challenges are prevailing. Different states of development and network densities as well as fragmented transport planning and decision-making procedures require e.g. a high degree of cooperation between member states as well as different investment measures.
Transport volumes are also expected to significantly increase in the future. Congestion is thus seen as a major issue. Further challenges arise from transport externalities through pollution and noise as well as from demographics due to an aging population (EC 2017: 148).
Administrative challenges are associated to regulatory frameworks where constraints often hinder the unfolding of the full transport’s multi-modal potential. Sustainable development may also require adjustments of decision-making processes; multi-level governance shaped by e.g. extensive cooperation, transparent communication and shared priorities may thus need to be applied.
To meet the common challenges, common actions are required. The joint TEN-T core network approach represents a major project of the vision to remove bottlenecks, improve accessibility and close missing links particularly regarding cross-border transport, multimodality and interoperability. Other visionary components of the PA Transport include “National and regional transport links […], Ports, airports and intermodal terminals […],Efficient local and regional public transportation […], infrastructure for alternative fuels and electro-mobility solutions […], Platforms for cooperation between public administration, research and business sector” and “Compatible and consistent transport planning and management processes between the governance levels and across the administrative borders” (EC 2017: 149-150).
To monitor improvements undertaken within the PA Transport, several indicators and targets have been defined that are summarised within three broader objectives as shown in Table 1 (EC 2017: 150-151): 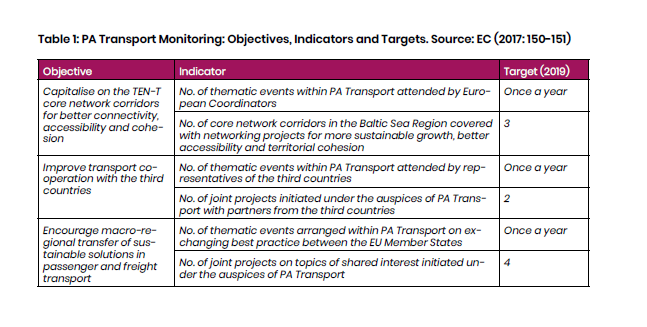 INTERCONNECT as a Flagship Project of the EUSBSR
Since December 2017 INTERCONNECT has become part of the EUSBSR implementation by becoming a Flagship-Project. INTERCONNECT therefore serves as a concrete example for change in the BSR’s public transport system with high macro-regional impact, contributions to meeting the EUSBSR’s objectives as well as relations to one or more actions of the corresponding PAs/HAs (INTERCONNECT 2017). In this case, the project is mainly connected to the PA Transport with indirect links to PA Tourism, HA Capacity and HA Climate.